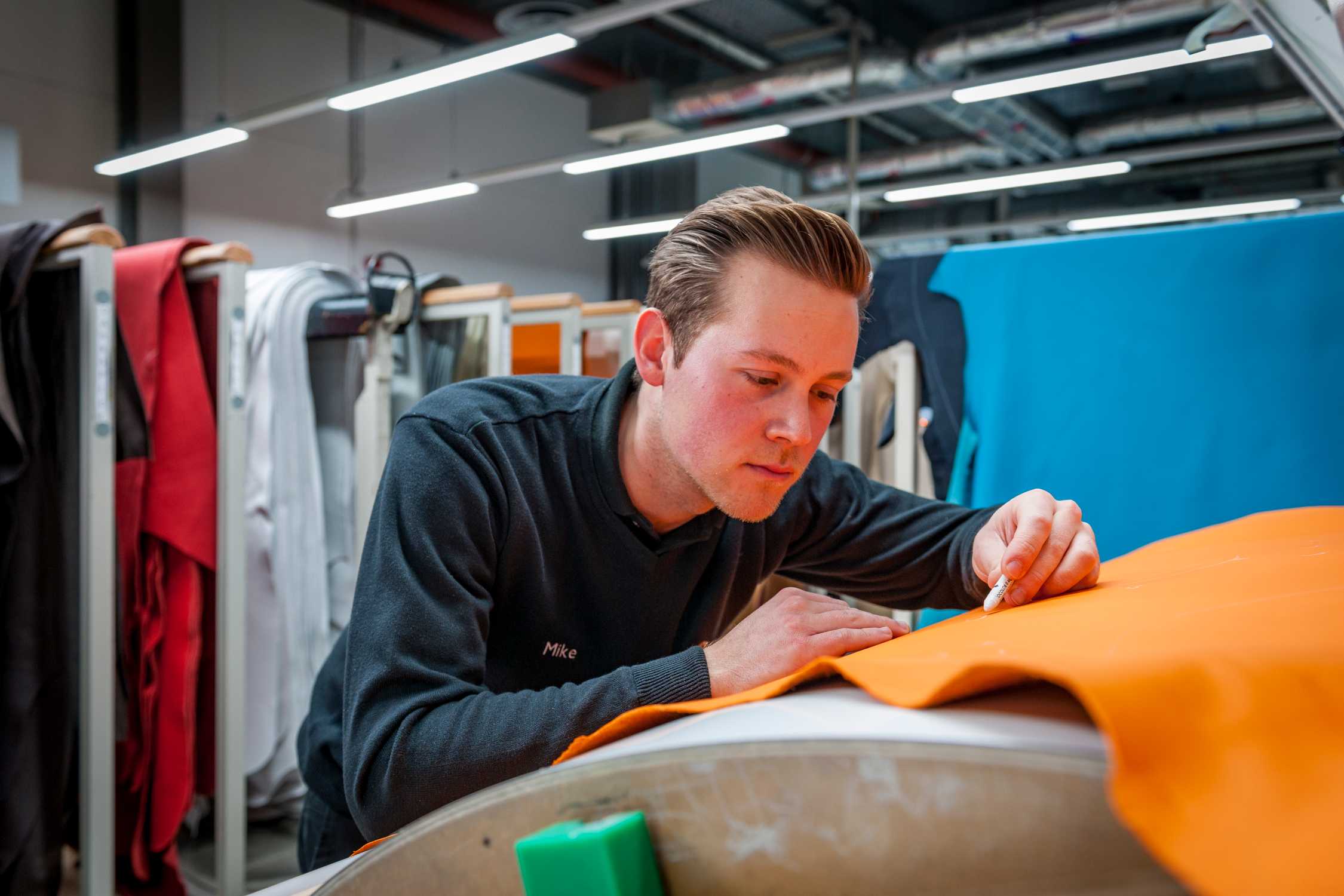 Mike has also enjoyed forming connections across different departments within Rolls-Royce, which has enabled him to pick up additional skills and knowledge outside his immediate work environment. Looking back over his time as an Apprentice, he can see just how far he’s come and the changes he’s undergone, both personally and professionally. Above all, he has come to appreciate the unique culture and attitude of the people he works with at Rolls-Royce, and would definitely recommend the programme to friends and family. 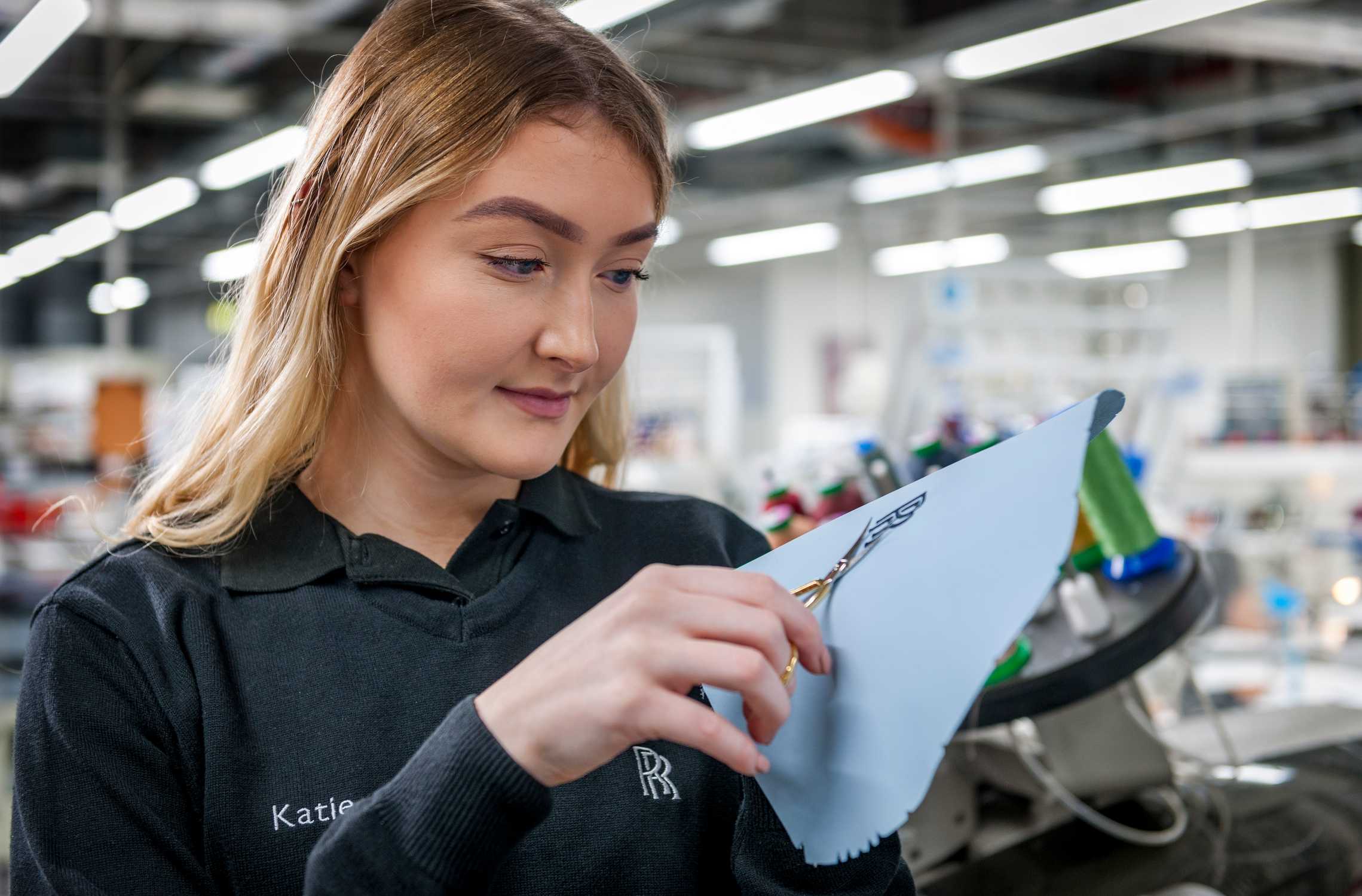 Katie was already working at Rolls-Royce as a sewing associate when she found out about the Apprenticeship Programme. She saw it as a great opportunity to develop her existing skills; the combination of practical training and vocational education at the local college has helped her gain a broader and deeper understanding of her role. Every day brings a new experience, and she says that the time seems to have flown by.

Through her Apprenticeship, Katie has also developed her self-confidence and belief in her own abilities. As she’s become more comfortable with her surroundings and her own place in the team, she’s been able to put herself forward and take on additional responsibilities. She believes an Apprenticeship has given her more opportunities than she would have enjoyed had she gone to university. 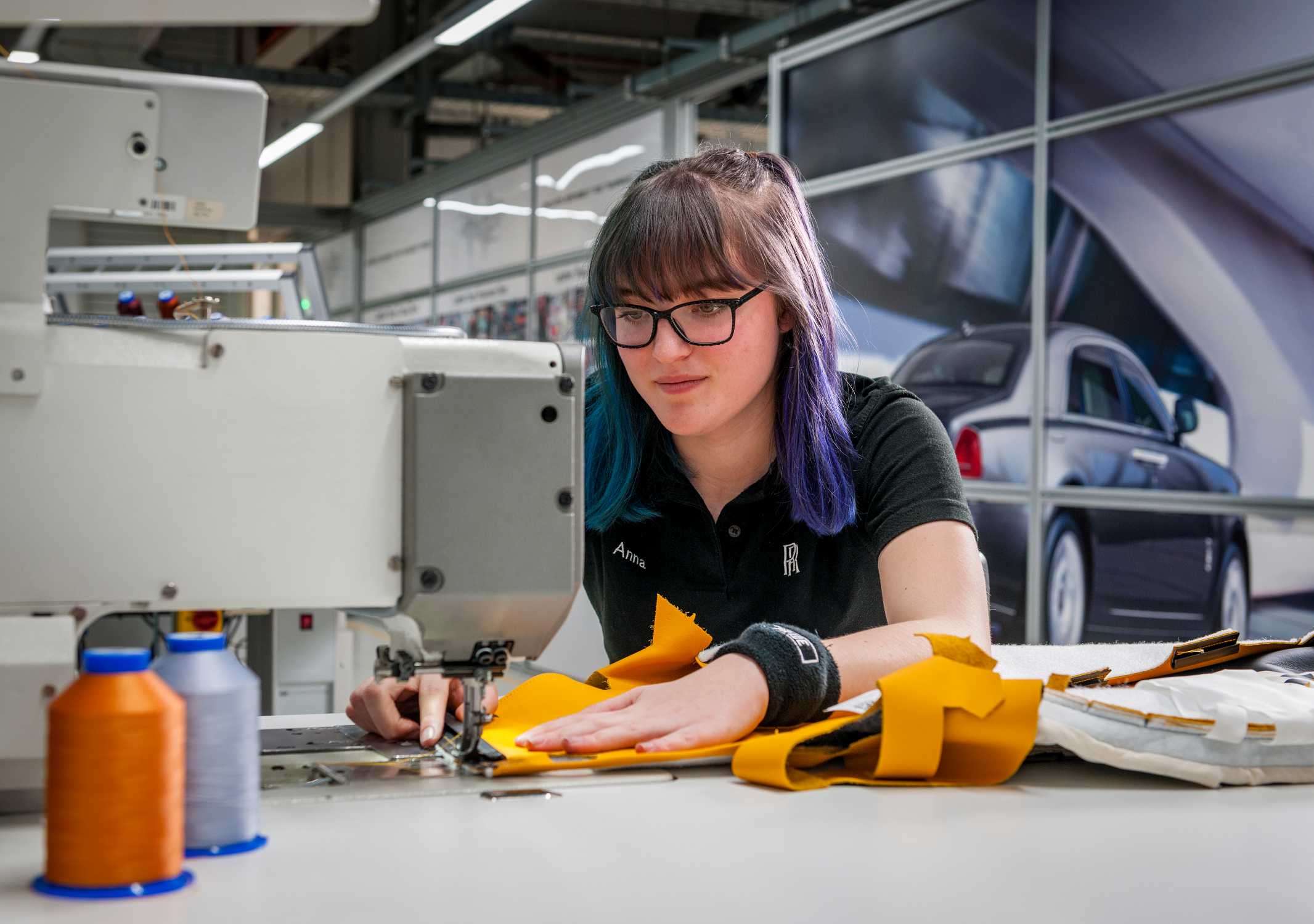 Anna initially thought she’d like to be a freelance photographer; but faced with the realities of that highly competitive, unpredictable and precarious world, she had a change of heart. She also wanted to learn as many new skills as she could while she was still young. When her twin brother began his Apprenticeship at Rolls-Royce, she decided that, as someone who loves all things automotive, it was the right path for her, too, and successfully applied.

Anna’s greatest challenge was making the leap from school to working in a professional environment, but she embraced it knowing there would always be someone to help her. She loves being able to work with her hands to create beautiful pieces of upholstery; seeing the finished product gives her a tremendous feeling of satisfaction and accomplishment. Her time as an Apprentice has given her a real sense of responsibility and pride in being part of the team, which she hopes to join permanently once she completes her training. 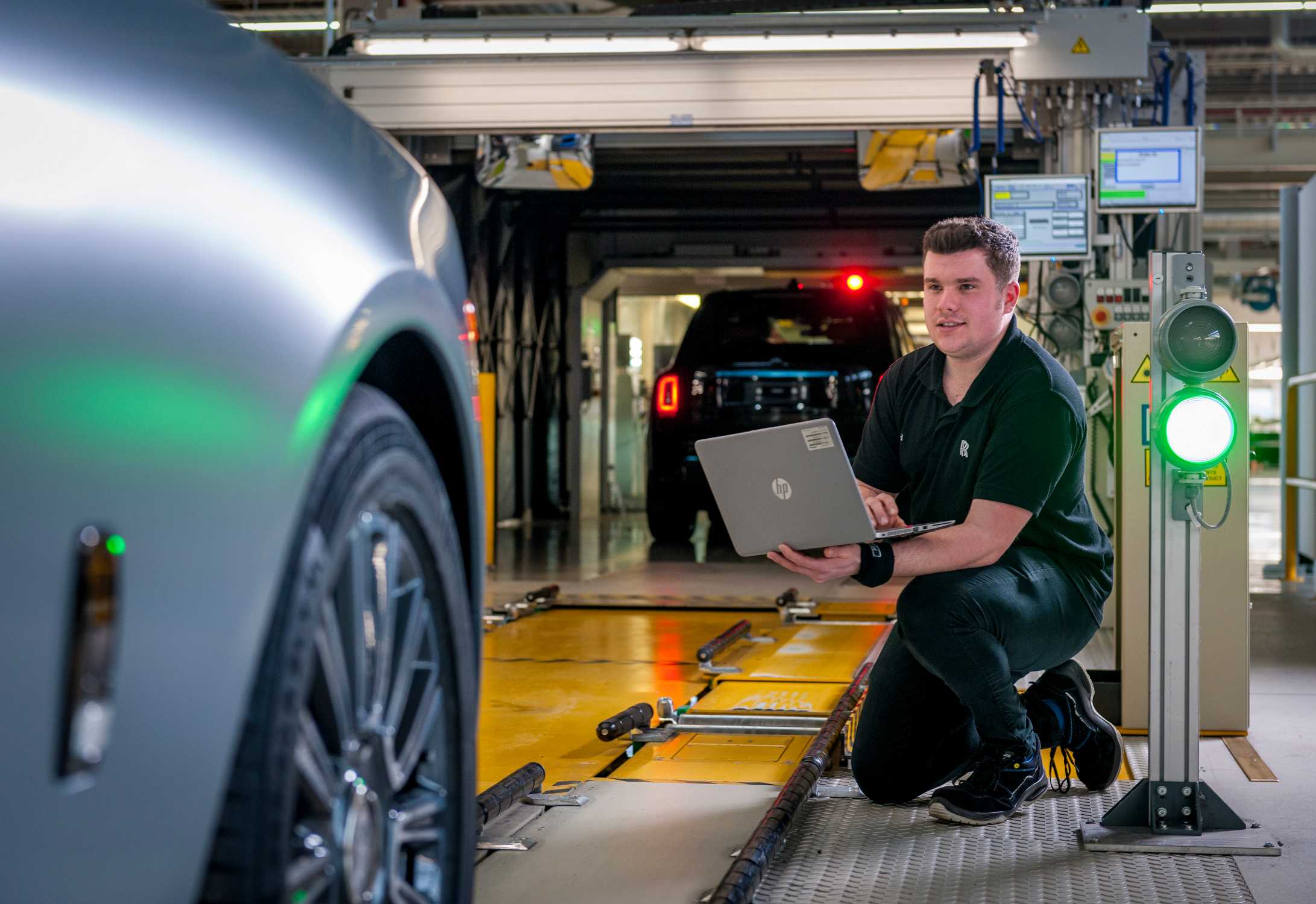 A lifelong car enthusiast and motorsport fan, Brad knew he wanted to pursue a career in the automotive industry. A degree in mechanical engineering seemed the logical choice; but Brad, who was already working part-time as a mechanic for a road-racing team, wanted to get hands-on. The Rolls-Royce Apprenticeship Programme was the perfect opportunity to immerse himself in the industry, develop his skills and gain a deeper understanding of the world he loves.

Brad has enjoyed himself enormously working as an Assembly Planner. He relishes the sheer diversity of the tasks that come his way every day, each bringing new challenges and experiences to learn from. He particularly appreciates the constant support from his colleagues, who he says are always willing to help him out with advice and suggestions. 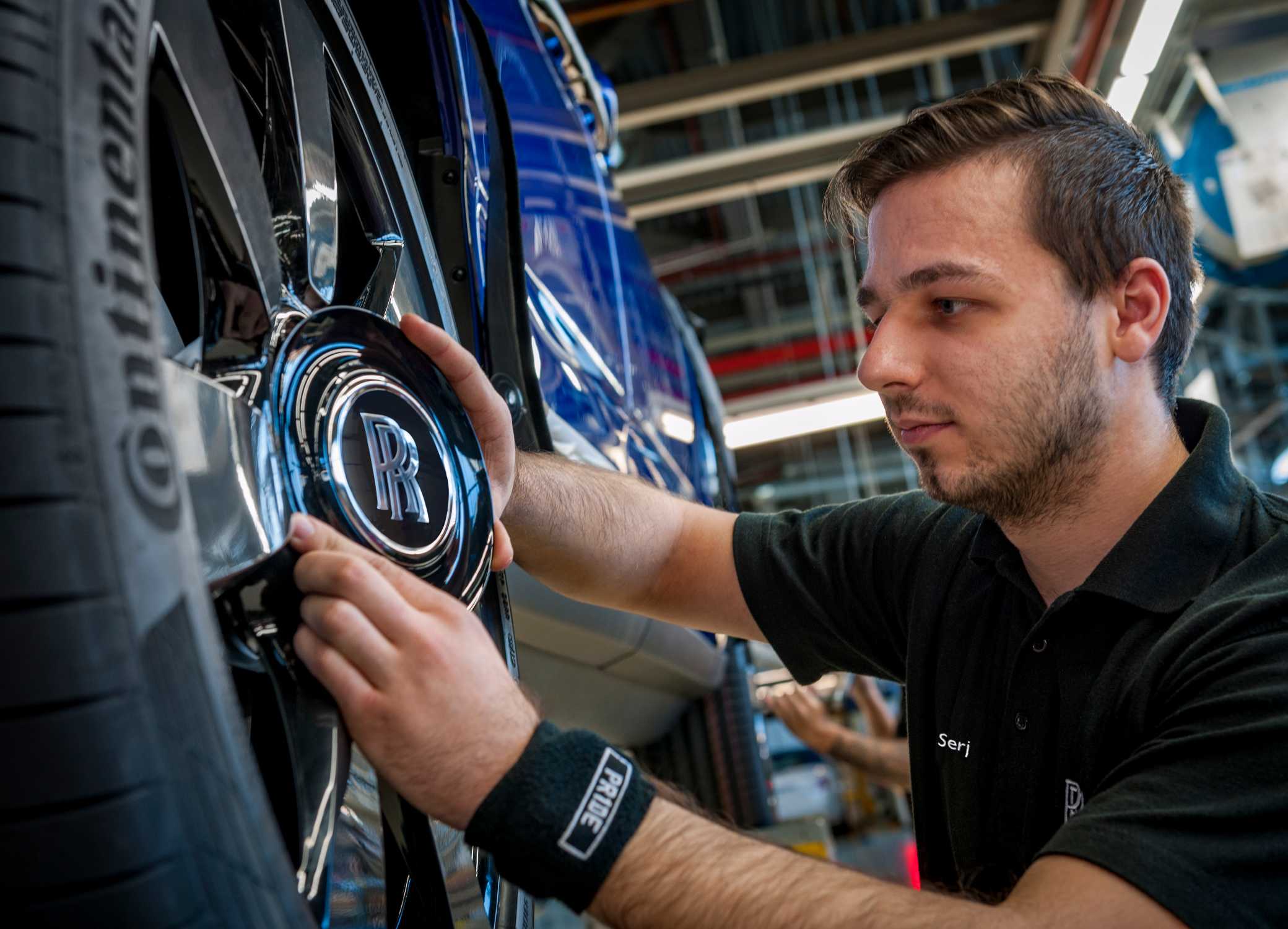 Serj was part-way through his engineering degree when he decided he wanted to explore other options. He heard about the Rolls-Royce Apprenticeship Programme at a careers event, and was captivated by the thought of entering the marque’s unique world and culture.

Serj describes working at Rolls-Royce as fun and challenging. With two years of his Apprenticeship remaining, Serj is taking every opportunity to learn as many different skills and see as many parts of the production process as possible. He loves working with his hands on the cars themselves, and takes great pride in seeing the fruits of his labours when they roll off the production line. 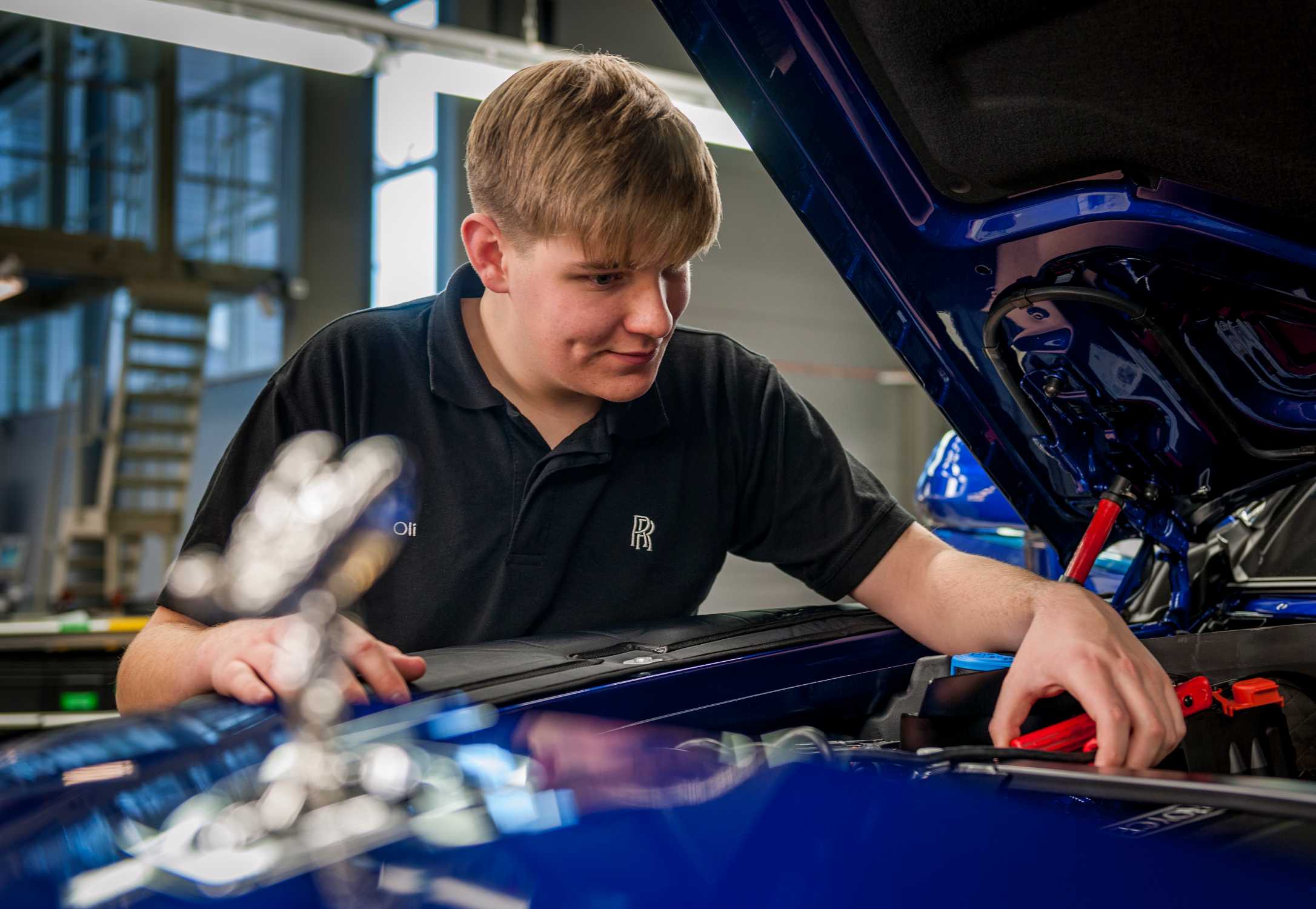 After his GCSEs, Oli was looking at college courses but nothing felt quite right. When he came across the Apprenticeship Programme at Rolls-Royce, with its combination of practical training and formal qualifications, he knew he had found his answer.

The balance of college and work life has proved perfect for Oli. A passionate automotive enthusiast, he loves working directly with the cars and has a great sense of pride working for Rolls-Royce. He’s also been able to put some of his new skills to good use outside work, where he’s currently restoring his beloved Series III Land Rover. He’s keen to remain with Rolls-Royce once he’s completed his Apprenticeship, and has ambitions to move up the leadership ladder into a managerial role. 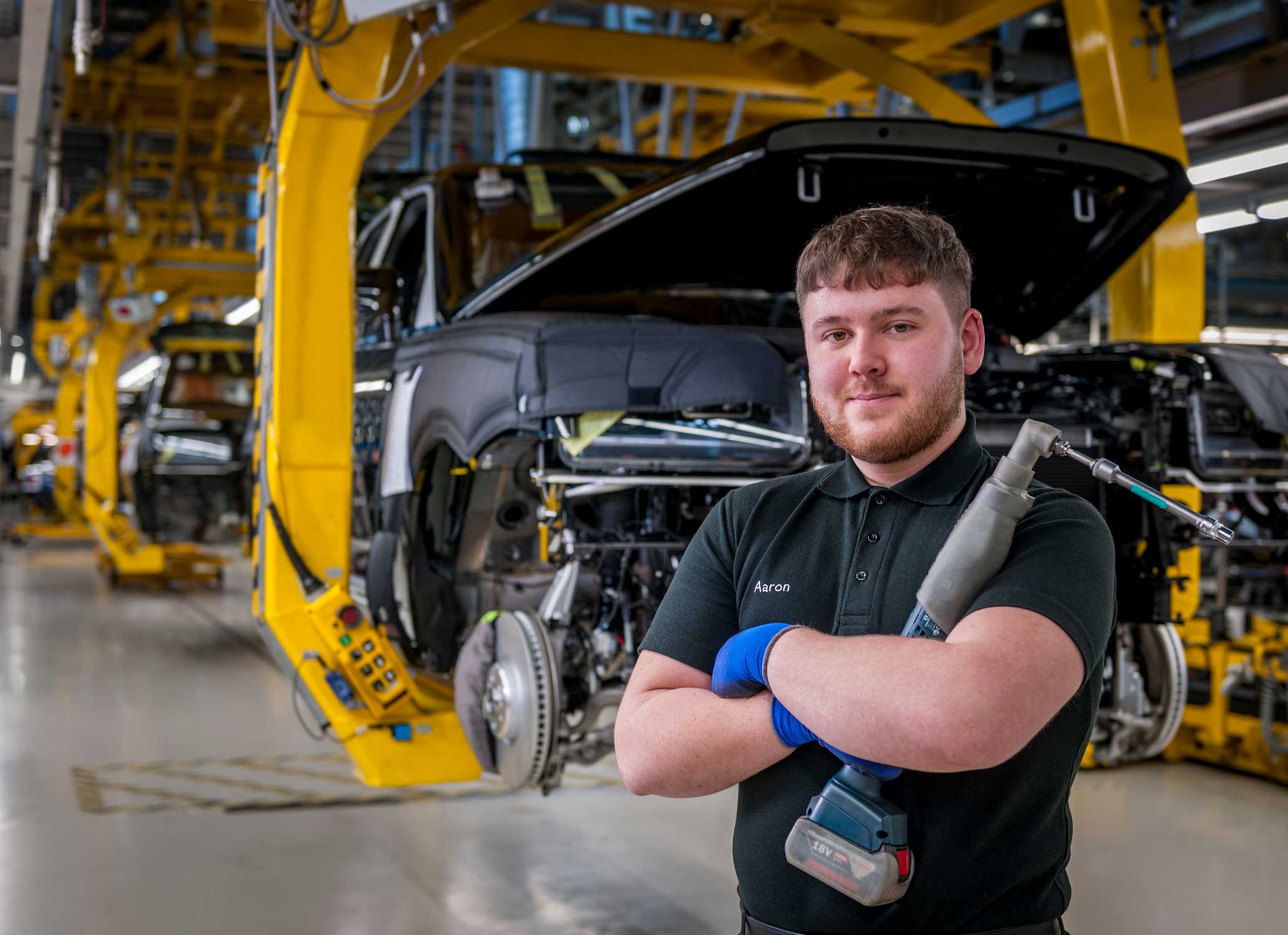 Aaron had always wanted to work in engineering. Searching for jobs online, he came across an advert for the Rolls-Royce Apprenticeship Programme and decided this would be the perfect opportunity to get into his chosen field.

Aaron has used his time as an Apprentice to expand his understanding of the automotive industry, as well as developing and honing his practical skills. These include important broader life skills, such as managing his time and working to a tight schedule. He is also really enjoying being back at college and gaining new, relevant knowledge to support his day-to-day work. 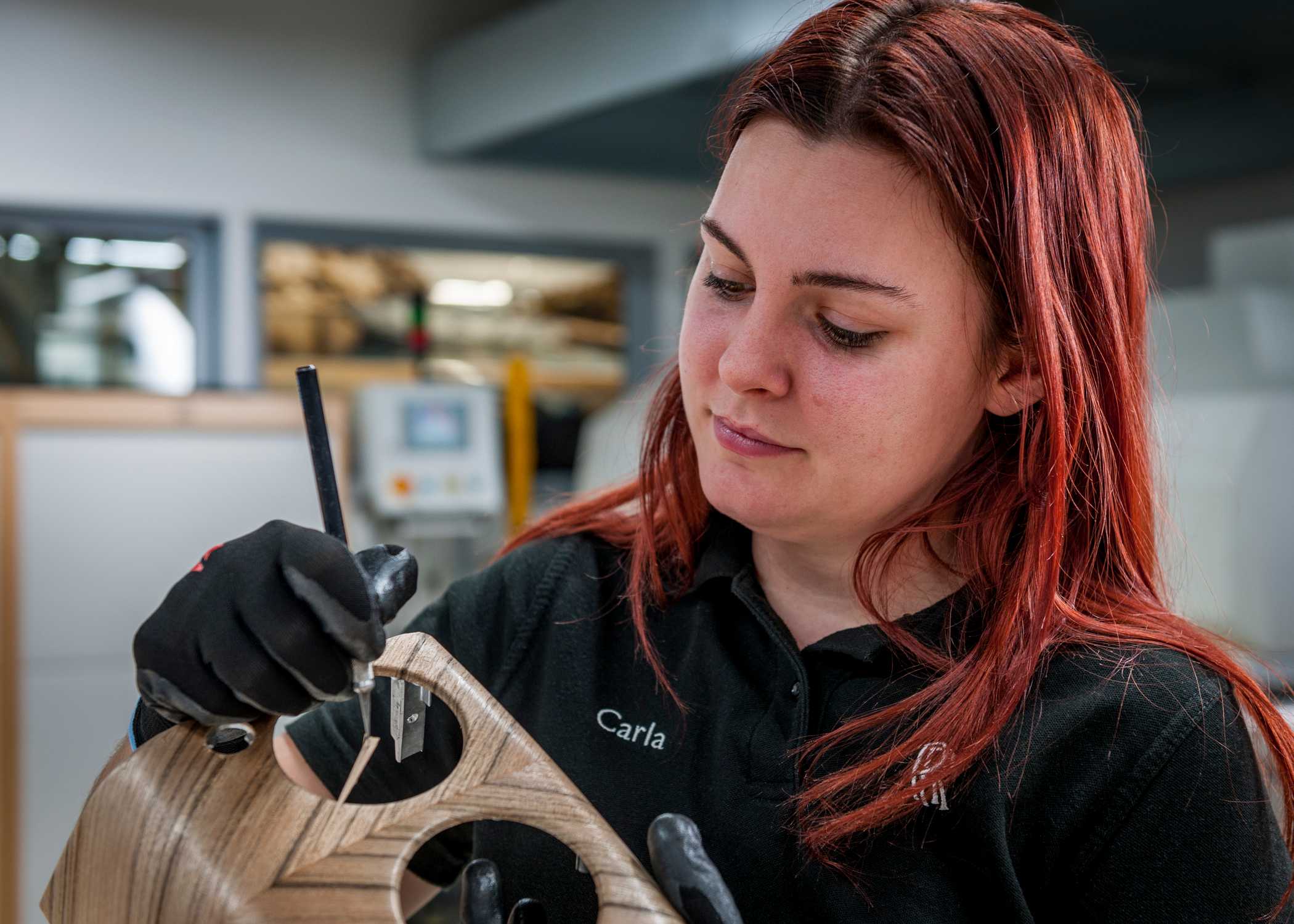 Carla was already working at Rolls-Royce when her managers suggested she consider applying for the Apprenticeship Programme. She’s very glad she took their advice. As an Apprentice, Carla has been on a journey that’s taken in all the different departments within the production process, giving her insights into all every aspect of building the best car in the world.

Carla is dedicated to her work and open to trying as many different things as possible – among her highlights so far has been spending time in the Woodshop working with trim. She sees every day as an opportunity to learn and enjoys the support of her colleagues and supervisors.